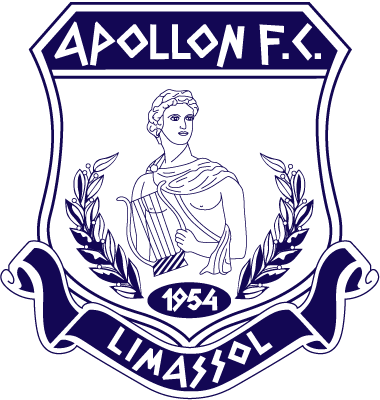 Apollon F.C. was founded in Limassol on April 14th, 1954. In the early 1970’s during the EOKA B’ period there was a serious rift between the people of Cyprus. On the one side there were those in favour of Archbishop Makarios and on the other side there were those who belonged exclusively to the right wing and supported General Georgios Grivas Digenis. This conflict was present also between the club’s members and there was a strife between the two sides as to which would have control of the football club.

Eventually the extreme right had managed to impose themselves. In this tense atmosphere, both in the club and the society at large, it was difficult to find a suitable president that would represent the new leadership’s ideology and values. Mr Pambos Georgiades then persuaded Mr Takis Solomonides, who was an outspoken opponent of Archbishop Makarios, to run for election. Mr Takis Solomonides accepted the nomination but on the condition that he would stay on only for one year due to his many business commitments. Under these circumstances Mr Takis Solomonides was elected as president of Apollon Football club for the period 1971-1972.

Mr Solomonides asked Mr Louis Araouzos, who had more experience in football matters, to be the Vice President in order to help him with the management of the club. Both Mr Solomonides and Mr Araouzos had their business office in Irinis street and this facilitated further their daily contact and communication. They worked closely together and they had a successful and fruitful tenure.